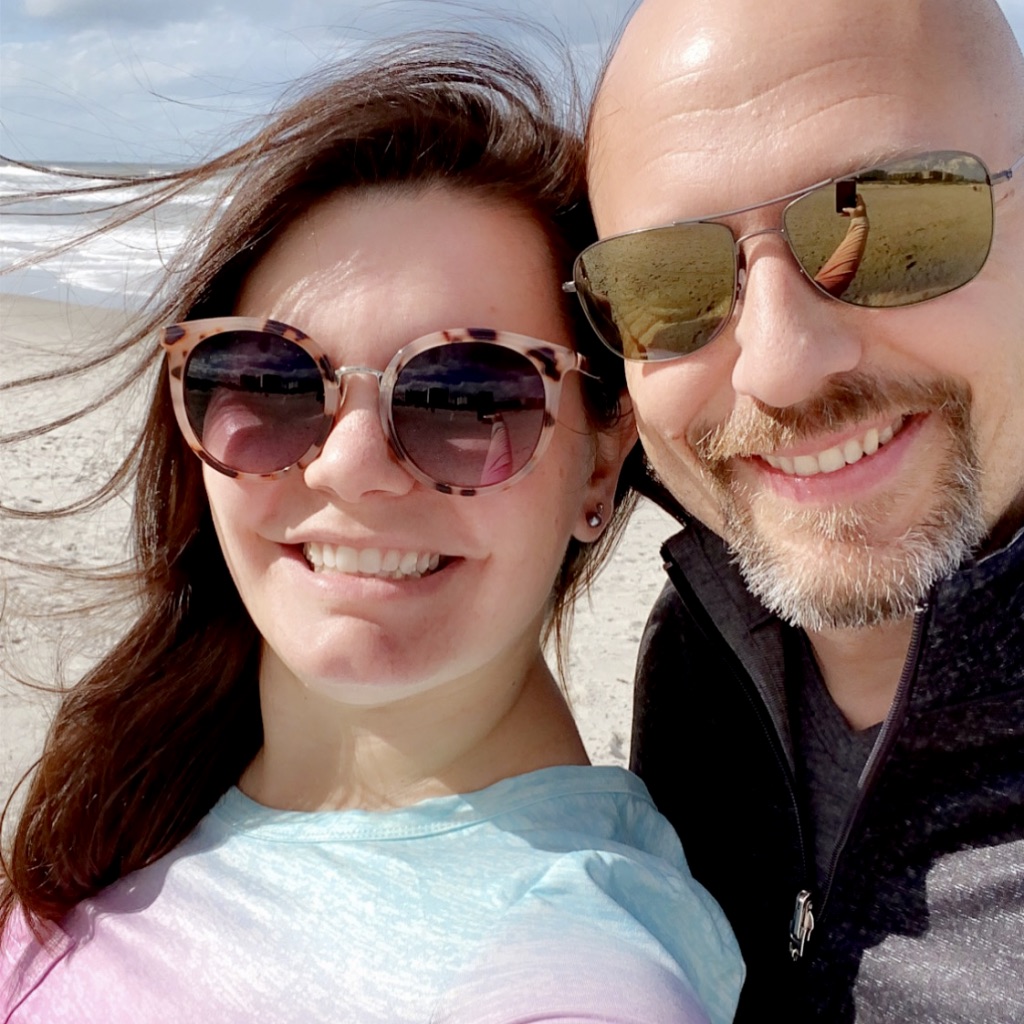 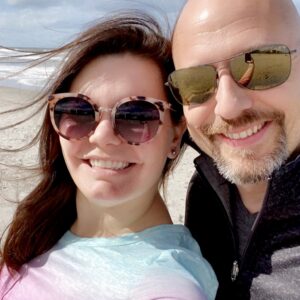 Before life came to a standstill, Mike and I flew to Florida to celebrate our 16th anniversary ??? with a cruise with some of my fellow agents.  While it was a work trip that we turned into an anniversary trip too, it was definitely a fun work trip and we are lucky that I’ve handpicked such a great group of agents!

The entire trip was truly so much fun and I’ll write more about the cruise itself later this week, but we started our trip with a pre-night stay in Cocoa Beach!

Our flight left early on Saturday morning, so we were at the beach by lunchtime.  Once we were checked into our hotel, we were thrilled to dine al fresco.  After flying from Chicago in February, this was lovely — even with the ocean breeze! 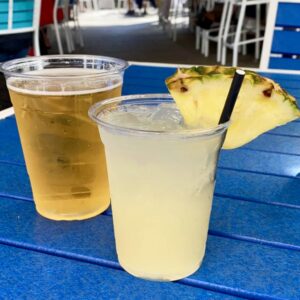 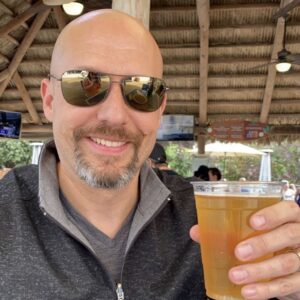 Drinks were required to kick-start the trip — mine with a pineapple included! ???

And of course, I photographed our food…  because why not?!?  I had fish tacos and Mike had a Mahi sandwich. 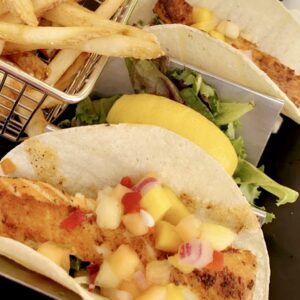 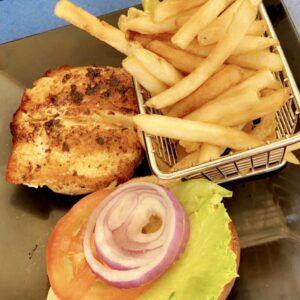 After lunch, we went for a walk on the beach and it was so nice to just spend time together with no plans and nowhere to be.  We obviously love our kids like crazy, but trying to have a conversation with the trio around these days is about as effective as fishing in our backyard pool. ?

I have an odd affinity for grocery stores — as long as they aren’t the grocery stores in our little town!  I hate going to the grocery store at home, but love going when we travel.  I know… it doesn’t make sense to me either.  We spent an hour wandering around Publix that afternoon.  (Strangely enough, I didn’t enter another grocery store until we went to the Publix in Pensacola when we went back to Florida in May – thanks, COVID-19. Wal-mart pickup for the win!?)   Publix has my heart! ?

At Publix, we picked up treats to bring home to the kids.  We found the European section and bought several of our favorites that we can’t find by us.  (Yes, I went to Florida and brought home European groceries for my kids… I can’t make this stuff up…).  We bought cream crackers, Jaffa cakes, wine gums, and coffee crisp bars — plus a few other supplies and treats for the cruise.

We went out for Mexican food for dinner and worked in the room for most of the evening.  We were up with the sun and headed to the hotel’s gym for our first workout of the vacation.  Mike has been exercising daily for months and didn’t want to lose his streak on our trip, so we both worked out every day!  I think this was the first trip we’ve ever managed to work out every single day and it was amazing how much better we felt as a result. 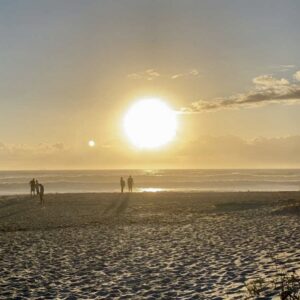 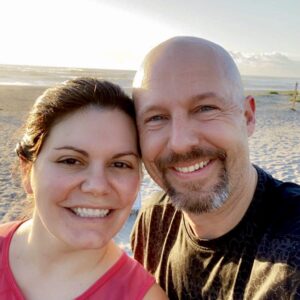 After our workouts, we decided to skip breakfast and pulled ourselves together to head to the ship.  We were one of the first on the ship and it was fun to walk around and explore while most of the ship was empty! 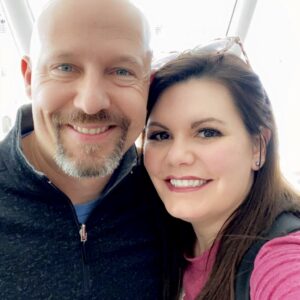 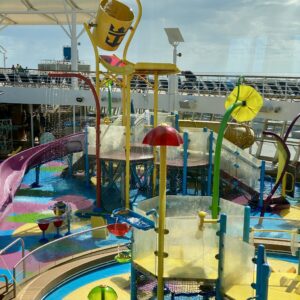 After our mini-tour, we headed to the Windjammer for lunch and met up with Owen and Ashley!  Owen was the best man in our wedding and Ashley is one of my agents and a close friend – it is so nice to be able to share work trips with friends!  Owen and Ashley were pretty tired as they had a wedding the day before and had flown down early that morning – but we were thrilled to see each other as we don’t get to see each other nearly enough! 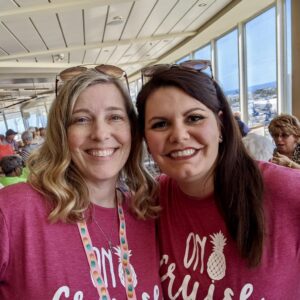 It was the perfect way to start our trip and our cruise on Royal Caribbean’s Harmony of the Seas! 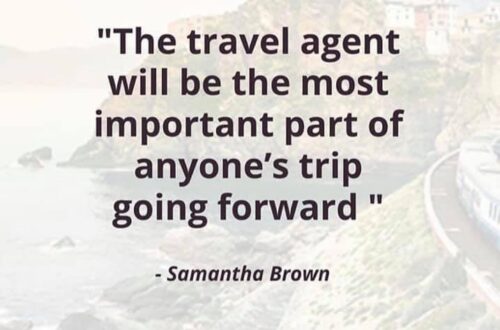 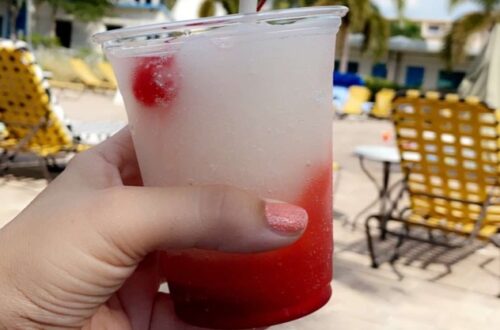 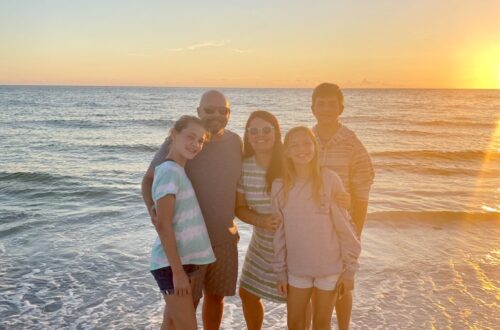 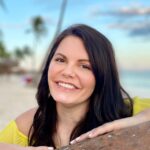