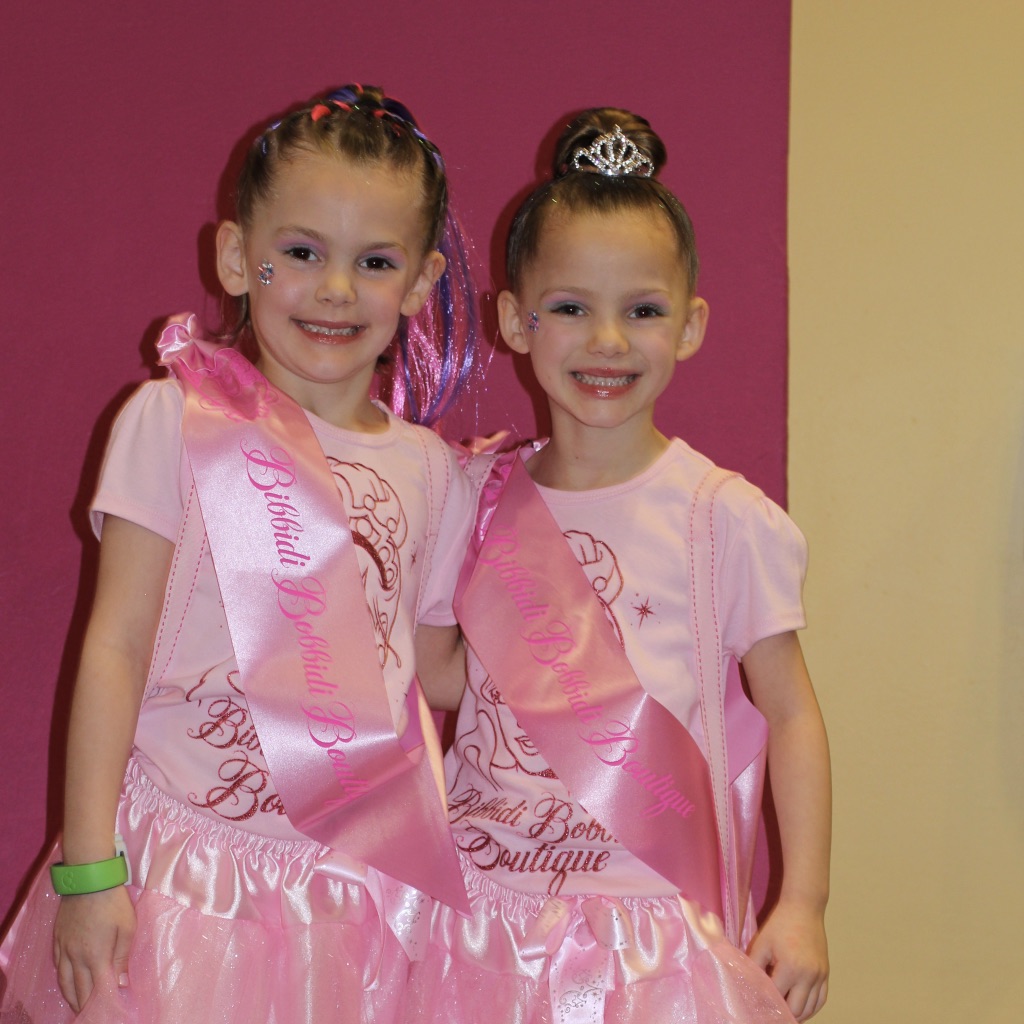 When we went to Walt Disney World with the trio when they were younger, we would typically do one full day in the parks and then a rest day.  This seemed to work well for us as we could go from 8 am to 10 pm and then rest the next day to recoup before going full-throttle again the following day.

After our day at the Magic Kingdom, we had a rest day that involved a trip to Disney Springs.  We ate at T-Rex for lunch and the girls had their second makeover at Bibbidi Bobbidi Boutique. 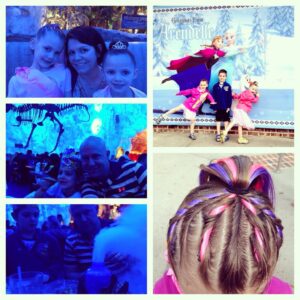 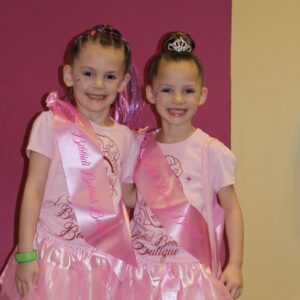 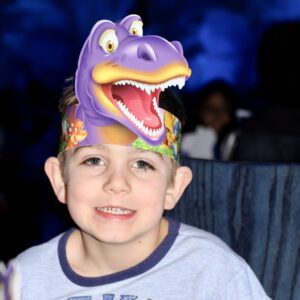 We spent some time poolside and headed to Whispering Canyon for dinner that evening.  And yes, it was the shortest-lived boutique makeover in the history of makeovers.  But they still had fun with it.

Our next day was a transition day, with time at Animal Kingdom and moving from Wilderness Lodge to the Grand Floridian. 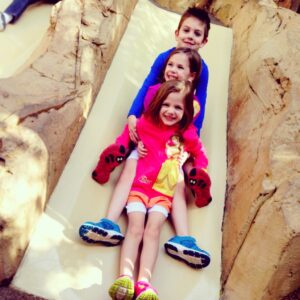 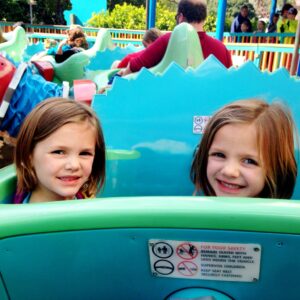 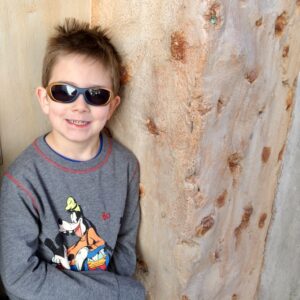 The trio was still small enough that they loved the Boneyard and we spent a large portion of the morning letting them play there at Animal Kingdom – after riding Kilimanjaro Safari to start the day, of course.

Around 2ish, we left Animal Kingdom and headed to the Grand Floridan to check-in a rest a bit before heading back to the Magic Kingdom to close down the park. 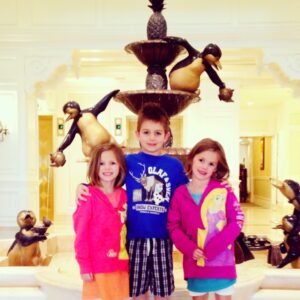 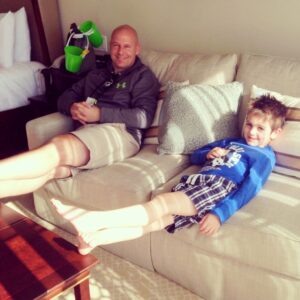 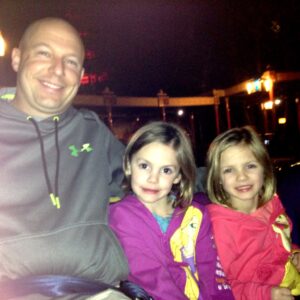 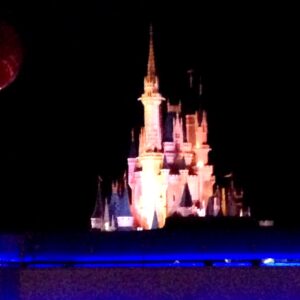 Then it was time for another rest day.  This one we spent enjoying the pools at the Grand Floridan!

There is no place I’d rather be than sitting poolside at a Disney resort with a blue pineapple drink in my hand! 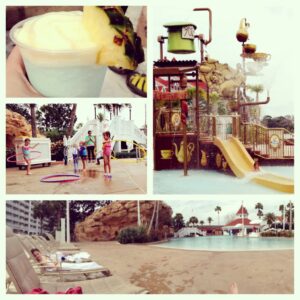 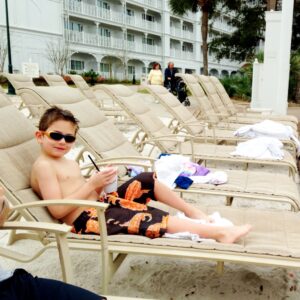 We capped the evening with dinner at 1900 Park Fare.  This is one of the most memorable meals we’ve had at Walt Disney World.  One of the ugly stepsisters gave Bo a kiss on the cheek during our meal and he was mortified!  This event is still discussed at our house regularly and I am sure take up at least one of Bo’s therapy sessions as an adult. 🤣 Bo has incredible eyelashes and the stepsister also commented on this, sealing his hate for his lovely lashes! 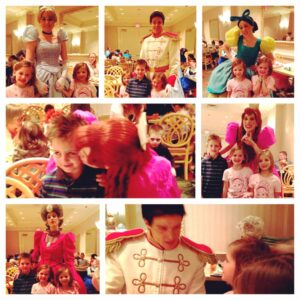 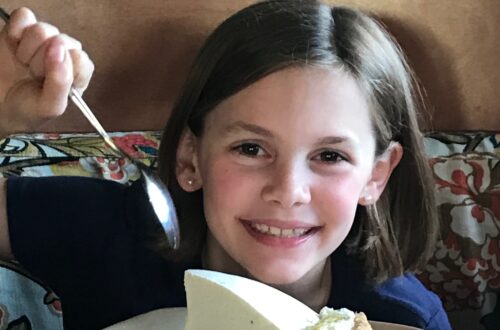 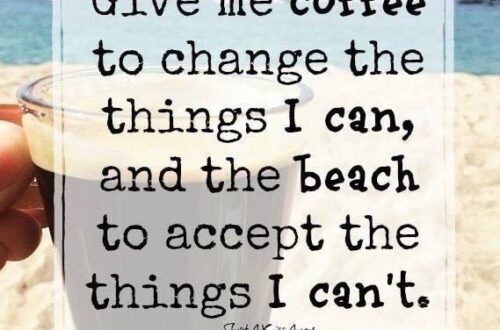 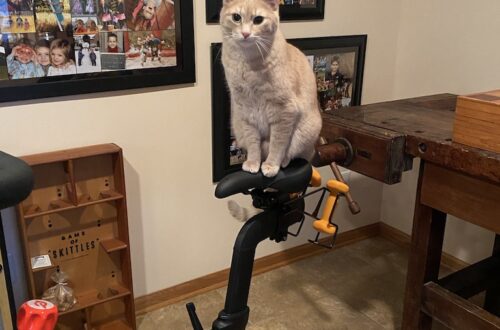 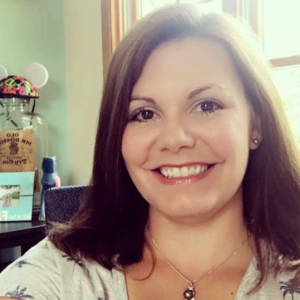